Minds Through Space And Time 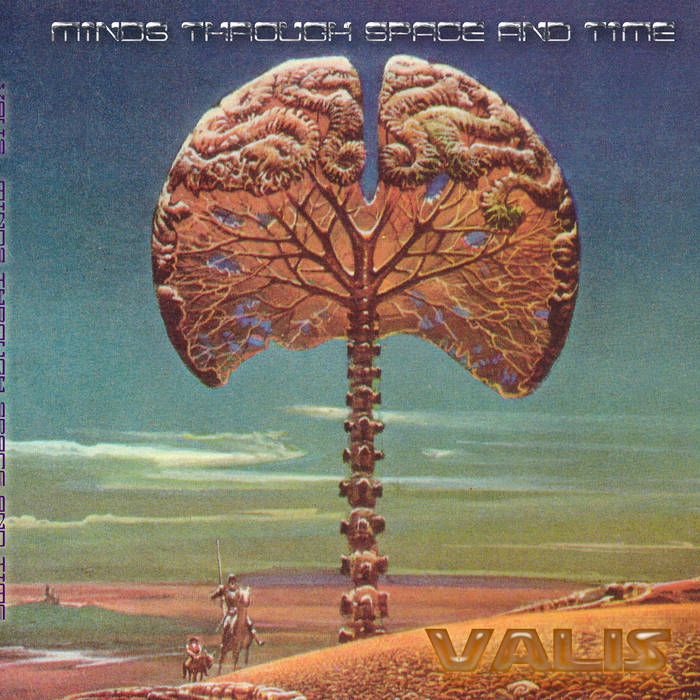 therockthrone Valis are a superband for me, the presence of the superb musician Van Conner of Screaming Trees is one more reason to hear them!

Valis have been creating some of the best spacy psychedelic music you will ever hear. On their album, "Minds Through Space And Time", Valis prove themselves to be in fine form, and this is their best effort to date.

Valis are recommended to both heavy psych & stoner fans alike!

Daniel Two Conner brothers, a third one playing 1 song, produced by Jack Endino, fantastic songwriting and musicianship: all is right about this great album!

Rock-trio VALIS (Vast Active Living Intelligence System) are releasing their newest record, Minds Through Space and Time, the band’s fourth full-length album and first since 2009’s Dark Matter, will be available at all online digital outlets, with release on CD on November 1st and on 180 gram colored vinyl in December. The album was produced by Jack Endino (Mudhoney, Soundgarden, and Nirvana). Videos for songs “Silent Divinity” and “Space Station” can be viewed on our youtube page at www.youtube.com/user/VANVALIS?feature=watch

Minds Through Space and Time is being released through Strange Earth Records, a new label launched by Van Conner that is partnered with the American wing of Germany’s Finetunes Digital Media Services. Van’s new venture seeks to fill a gap in the Northwest Music Scene with the new label serving as a hub for independent bands that have dedicated their lives to making great music. New music as well as tunes from Van’s vast archives of tunes that he and his friends have recorded over the years that never saw the light of day or have never been released online will be featured.

The Pacific-Northwest band is currently made up of former Screaming Trees band members Van Conner (bass, vocals) and his brother Patrick Conner (guitar, vocals), with Matt Vandenberghe (drums) rounding out these two original members. Formed in the basement of Mudhoney drummer Dan Peters back in 1996, VALIS began as a casual side project for both Conner and Peters along with Van’s brother Patrick (Kitty Kitty) and Kurt Danielson (TAD). In 1996, VALIS released their first record, a split release with Kitty Kitty on Frank Kozik’s Mans Ruin label followed by releases for the European label Lunasound, and Detroit’s Small Stone.

Van switched back to his native bass after Adrian left the band. On Minds Through Space and Time, Van and Patrick share the vocal duties, and Matt lays down the heavy groove.

Mythical creatures are not the only things lurking in the mossy forests of the Pacific Northwest. For many years Van Conner, his brother Patrick and their friend Matt Vandenberghe have been quietly crafting a musical work entitled “Minds Through Space and Time”. ... more

Bandcamp Daily  your guide to the world of Bandcamp

Featured sounds by K.Spark and WIZDUMB, plus Basi joins the show to discuss his latest release.